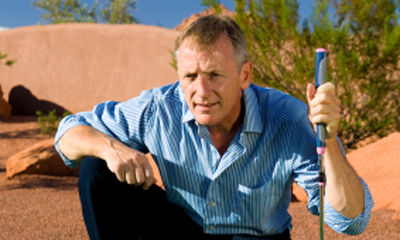 "Life is hell, but my golf game isn't. Thought I'd bring you up to date with what's happening with my golf game. There must be a long-term residual effect from your program. We haven't seen each other for a few months, but my golf game continues to improve. If memory serves me, when we started my handicap was around a 12. Think it got down to about a nine at the end of the year.

Currently, as of April 1st, it's at an 8.3, and I expect it to be under an eight when the new ones come out in May. Hitting the ball great off the tee. Irons are better than they were, and putting has significantly improved. Not missing many short ones and it's not unusual for me to make at least one or two 20-footers in a round. I think I've only been over 81 twice in about the last 12 to 15 rounds. I've noticed that I seem to get "in the zone" more often and stay there longer. About three weeks ago, I had a 34 (two under) on the front nine at Palm Valley. Then of course I started thinking about the score rather than the next shot and immediately shot a 42 on the back. Still, 76 ain't bad."