Stuck in a Moment: Childhood Trauma, Substance Abuse, & the Brain

Last week brought news of more scientific findings that align with the Brainwave Optimization® model of the brain and stress responses. JAMA Psychiatry published an article that studied adults with a history of substance abuse and healthy control-group subjects. They asked them about their history of childhood maltreatment trauma and did brain scans to look at the size of different brain regions. They then followed their behaviors while in substance abuse treatment. Those individuals with childhood trauma had smaller volumes in the left temporal lobe (limbic) region, and they had a shorter time to relapse into substance abuse. Furthermore the smaller the left limbic region, the more severe was their substance abuse.

We at Brain State Technologies® would hypothesize that those with childhood trauma are in a left hemispheric freeze response that may alter development in the left hemisphere (causing smaller limbic volume). And they are at risk to engage in high arousal behaviors including substance abuse, as a way to depart the freeze response. 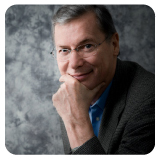